Home Newsroom Are we saying Thank You enough and can we measure that? 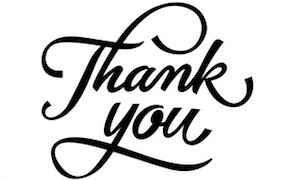 Are we saying Thank You enough and can we measure that?

Are we saying Thank You enough?

All of us know that a “Thank you!” goes a long way. We know that intrinsically without really thinking about it. It is one of those things that you just do because you were taught so as a child and you just feel like that.

Scientists have studied the topic intensively and among other things the important aspects of saying thanks are:

For example the study “A little thanks goes a long way: Explaining why gratitude expressions motivate prosocial behavior” shows that showing even a little gratitude can increase productivity and motivation and make us feeling socially more valued. Study from Gallup says that “Recognition not only boosts individual employee engagement, but it also has been found to increase productivity and loyalty to the company, leading to higher retention.”

But even though we all know that appreciation and being thankful is so important this study shows that we are saying Thank you way less than we might think. On average only around 1 of 20 occasions of doing a favour to someone received a vocal expression of gratitude. This differs by language, culture and other aspects, but still — way too often we just take the help of others for granted or show the appreciation in perhaps different ways such as our body language, a warm look or a pat on the back.

This has a potentially huge impact on every aspect of our lives — family, friends, colleagues — all of them would like to feel more appreciated and we would like to feel more appreciated by them. I realised this when I was thinking about employee engagement in my own company. I have a great team formed by very nice and professional people, but they were expressing their concerns that they don’t really understand if they are doing a good enough job and if they are appreciated by their team mates. But how can that be if they work together every day and are doing a great job in my opinion? My answer was — they are so close that they forget to say thanks and assume help as something simply normal and expected.

Think about it. How many times you have received help yourself and just accepted it as something expected? From your partner, team mate, friend or colleague? I bet a lot. And in my case I realised I am more ungrateful to people close to me which is even worse.

I started to think of ways how to change this. I was teaching myself and my team to give feedback, explained why it is important, made sure I thank them more often myself, but it wasn’t giving the results I wanted. I felt that there are multiple obstacles:

Considering this, as a part of one of our internal hackathons we made the first version of peer-to-peer recognition platform Burty. It was received incredibly well. On average each employee left more than 50 thanks a year. Sounds little? Results were saying something else. We started to have employee of the month competitions, helping each other became visibly more popular, new employees were saying they haven’t seen such helpful colleagues before, existing ones were saying they feel more appreciated.

It worked so well I decided to share this with the world and Good job, pal!  was born. A simple peer-to-peer (I prefer person to person) recognition platform where anyone can say thanks with two clicks thus making it so simple that one just doesn’t have a reason to not use it. You can say Thank you in the middle of the night, from the other side of the world and without looking in the eyes.

What’s more  —  you can define reasons for being thankful which allows you to agree with your team what are the values you all want to encourage. For us it is being available in case of emergencies, just being nice to each other, being smart and helpful and even bringing a cup of warm beverage or some food to someone.

As a result you can suddenly measure something unreachable before  —  social climate. Who thanked whom? For what? How often? Who is the most helpful person? Who is not that grateful? Those are all very valuable insights for any team leader as they allow to predict issues you could predict only with your gut before.

No common goals can be achieved without a common vision and understanding. When a team is formed we sometimes forget

Shaping the digital future in UAE

flex.bi team had a pleasure to be a part of the Latvian IT cluster mission, and visit the UAE to

Be the first one who knows about news and special offers